This is the schedule for the first week of the GCS2022 conference and school. Videos are available at https://pirsa.org/C22008.

(All times are in Eastern Daylight Time}

9:00-10:00: Cris Negron — A (kind of) monoidal localization theorem for the small quantum group

Khovanov showed in ‘99 that the Jones polynomial arises as the Euler characteristic of a homology theory. The knot categorification problem is to find a general construction of knot homology groups and to explain their meaning: what are they homologies of?

Homological mirror symmetry, formulated by Kontsevich in ’94, naturally produces hosts of homological invariants. Sometimes, it can be made manifest, and then its striking mathematical power comes to fore. Typically though, it leads to invariants which have no particular interest outside of the problem at hand.

I will explain that there is a vast new family of mirror pairs of manifolds for which homological mirror symmetry does lead to interesting invariants, and solves the knot categorification problem.

String theory constructions allow one to realize vast classes of non-trivial quantum field theories (QFTs), including many strongly coupled models that elude a conventional Lagrangian description. ’t Hooft anomalies for global symmetries are robust observables that are particularly well-suited to explore QFTs realized in string theory. In this talk, I will discuss systematic methods to compute anomalies of theories engineered with branes, using as input the geometry and flux configuration transverse to the non-compact directions of the branes worldvolume. Examples from M-theory and Type IIB string theory illustrate the versatility of this approach, which can capture both ordinary and generalized symmetries, continuous or discrete.

I’ll discuss a vertex algebra whose correlators are scattering amplitudes (and form factors) of self-dual Yang-Mills theory, for certain gauge groups and matter. The vertex algebra is a kind of vertex quantum group, and is a cousin of the affine Yangian. This is joint work with Natalie Paquette.

Delaney: Hopf algebras play an analogous role in some topological and non-topological QFTs

A frequent theme in mathematical approaches to quantum field theory is being able to draw intuitive but rigorous pictures of particle interactions. For example, in theories like QED and QCD, Feynman diagrams can be organized into a Hopf algebra structure in such a way that models renormalization of Feynman integrals. One can draw an analogy with the role of Hopf algebras in (2+1)D topological quantum field theory, where in this second setting one can think of certain string diagrams as Feynman diagrams whose Witten-Reshetikhin-Turaev amplitudes are encoded by the representation theory of some (weak) Hopf algebra. This talk is intended to (1) be accessible to both mathematicians and physicians, (2) invite a dialogue about the meaningfulness of this analogy and (3) serve as an aperitif to the later talks.

I will discuss some of the (higher) structure of TQFT’s that can be deformed by flat connections for continuous global symmetries, focusing on examples coming from twists of 3d supersymmetric theories, and the manifestation of this structure in boundary VOA’s.

I will consider four-dimensional gauge theories whose global symmetries admit certain discrete ’t Hooft anomalies that are intimately related to the (fractionalized) global-symmetry quantum numbers of Wilson-’t Hooft line defects in the theory. Determining these quantum numbers is typically straightforward for Wilson lines, but requires a careful analysis of fermion zero modes for ’t Hooft lines, which I will describe for several classes of examples. This in turn leads to a calculation of the anomaly. Along the way I will comment on how this understanding relates to some classic and recent examples in the literature.

I will review the analytic component of the geometric Langlands correspondence, developed recently in my joint work with E. Frenkel and D. Kazhdan (based on previous works by other authors, including A. Braverman, R. Langlands, J. Teschner, M. Kontsevich), with a special focus on archimedian local fields, especially R. This is based on our work with E. Frenkel and D. Kazhdan and insights shared by D. Gaiotto and E. Witten.

It is possible to construct interesting field theories by placing string theory on suitable singular geometries, and adding branes. In the fairly special cases where Lagrangians are known for the resulting theories, field theory arguments often show that these theories have generalised symmetry structures. In this talk I will review recent work developing a dictionary, valid even in the absence of a known Lagrangian description, between properties of the string theory geometry and generalised symmetries of the associated field theories.

This will be an introductory discussion of our joint work with Roman Bezrukavnikov. Given a symplectic resolution X, one may study its Gromov-Witten theory and the monodromy group of the curve-counting functions in the Kähler variables. There is also a large group of derived autoequivalences of X coming from its quantization in large prime characteristic, as studied by Bezrukavnikov and collaborators. Conjecturally, the action of the latter group on K(X) is identified with the former group, and we prove this for many X.

Motivated by applications to soft supersymmetry breaking, we revisit the Seiberg-Witten solution for N=2 super Yang-Mills theory in four dimensions with gauge group SU(N). We present a simple exact Taylor series expansion for the periods obtained at the origin of moduli space, thereby generalizing earlier results for SU(2)  and SU(3). With the help of these analytic results and others, we analyze the global structure of the Kahler potential, presenting evidence for a conjecture that the unique global minimum is the curve at the origin of moduli space.

Two applications of these results are considered. Firstly, we analyze candidate walls of marginal stability of BPS states on special slices for which the expansions of the periods simplify. Secondly, we consider soft supersymmetry breaking of the N=2 theory to non-supersymmetric four-dimensional SU(N) gauge theory with two massless adjoint Weyl fermions (“adjoint QCD”). The Seiberg-Witten Kahler potential and strong coupling spectrum play a crucial role in this analysis, which ultimately leads to an exploration of the adjoint QCD phase diagram.

Negron: A (kind of) monoidal localization theorem for the small quantum group

I will talk about a monoidal localization theorem for the small quantum group u_q(G), where G is a reductive algebraic group and q is a root of unity.  In joint work with Julia Pevtsova, we show that the category of representations for u_q(G) admits a fully faithful tensor embedding into the category of coherent sheaves over a “quantum” flag variety.  This quantum flag variety is, essentially, some finitely fibered space over the classical flag variety G/B.  I will explain how this embedding theorem codifies certain relationships between the small quantum group and its quantum Borels.

Every braided fusion category has a `framed S-matrix pairing’ which records the braiding between simple objects. Non-degeneracy/Morita invertibility of the category (aka `modularity’ in the oriented case) is equivalent to non-degeneracy of this pairing. I will define higher-dimensional versions of S-matrices which pair morphisms of complementary dimension in higher semisimple categories and sketch a proof that these pairings are non-degenerate if and only if the higher category is. Along the way, I will introduce higher semisimple categories and higher fusion categories and interpret these results in terms of the associated anomalous topological quantum field theories. This is based on joint work in progress with Theo Johnson-Freyd.

I will discuss a proposal for generating non-invertible symmetries in QFTs in d>2, by gauging outer automorphisms. First this will be illustrated in 3d, where the framework is relatively well established, and then extended to higher dimensions. For 4d gauge theories, a comparison to other approaches to non-invertible symmetries is provided, in particular the map to gauging theories with mixed anomalies. This talk is based on work that appeared in 2204.06564 and in progress, with Lakshya Bharwaj (Oxford), Lea Bottini (Oxford) and Apoov Tiwari (Stockholm).

Seiberg: Quantum Field Theory, Separation of Scales, and Beyond

We will review the role of Quantum Field Theory (QFT) in modern physics.  We will highlight how QFT uses a reductionist perspective as a powerful quantitative tool relating phenomena at different length and energy scales.  We will then discuss various examples motivated by string theory and lattice models that challenge this separation of scales and seem outside the standard framework of QFT.  These lattice models include theories of fractons and other exotic systems.

We identify infinitely many non-invertible generalized global symmetries in QED and QCD for the real world in the massless  limit.  In QED, while there is no conserved Noether current for the  axial symmetry because of the ABJ anomaly, for every rational angle, we construct a conserved and gauge-invariant topological symmetry operator. Intuitively,  it is a composition of the axial rotation and a fractional quantum Hall state coupled to the electromagnetic U(1) gauge field.  These conserved symmetry operators do not obey a group multiplication law, but a non-invertible fusion algebra over  TQFT coefficients. These non-invertible symmetries lead to selection rules, which are consistent with the scattering amplitudes in QED. We further generalize our construction to QCD, and show that the neutral pion decay  can be understood from a matching condition of the non-invertible global symmetry. 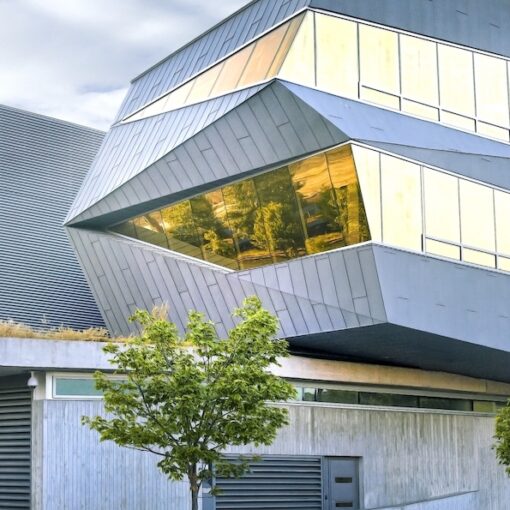 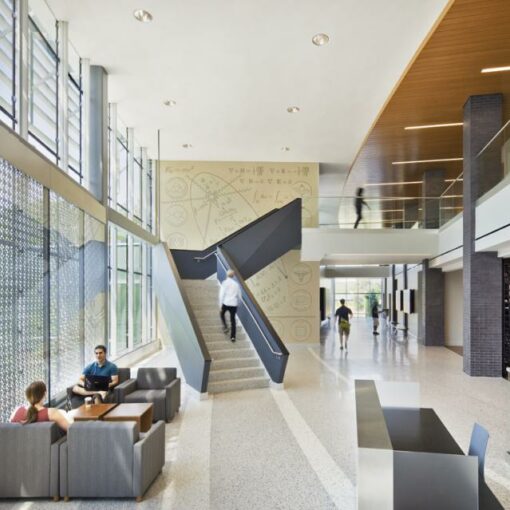 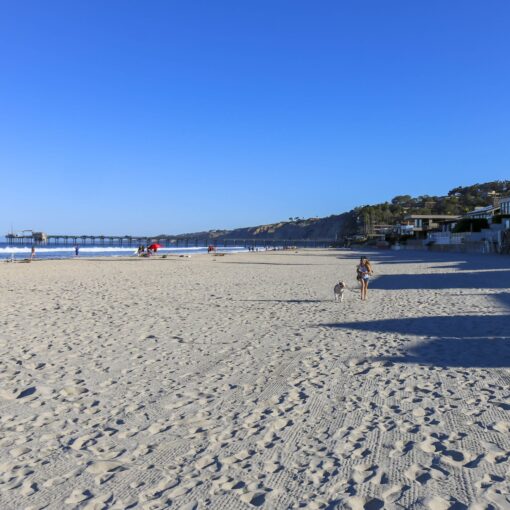